Following a severe fire in an adjacent building, Lauders suffered a considerable amount of collateral damage, forcing it to close for major repair works. M&B took the opportunity to reinvent the premises as one of their High Street venues and engaged JMDA to carry out the re-imagining of the Sauchihall Street staple.

Lauders was originally a barbers shop reputedly offering haircuts in the cellar for a penny, and JMDA have paid homage to this by including a barber’s chair as a feature mas well as various graphical references. Our Newcastle design team worked closely with Mitchells & Butlers to ensure the interiors reflect the history and character of the venue, which the locals have come to know and love.
The brief was to comfort the locals, whilst encouraging the pre- theatre dinner and drinks trade. With the main theatre drag just a stone throw away, the design quirk fell in creating theatre style fixed seating in a heritage crackled burgundy leather, which sat comfortably with the historic barber references. Original features such as dramatic ceiling roses were enhanced through colour, whilst modern joinery was introduced playing compliment to the history of the site.
After a massively successful relaunch, Lauders has re-established itself as a Glasgow favourite, bigger brighter and better than ever! 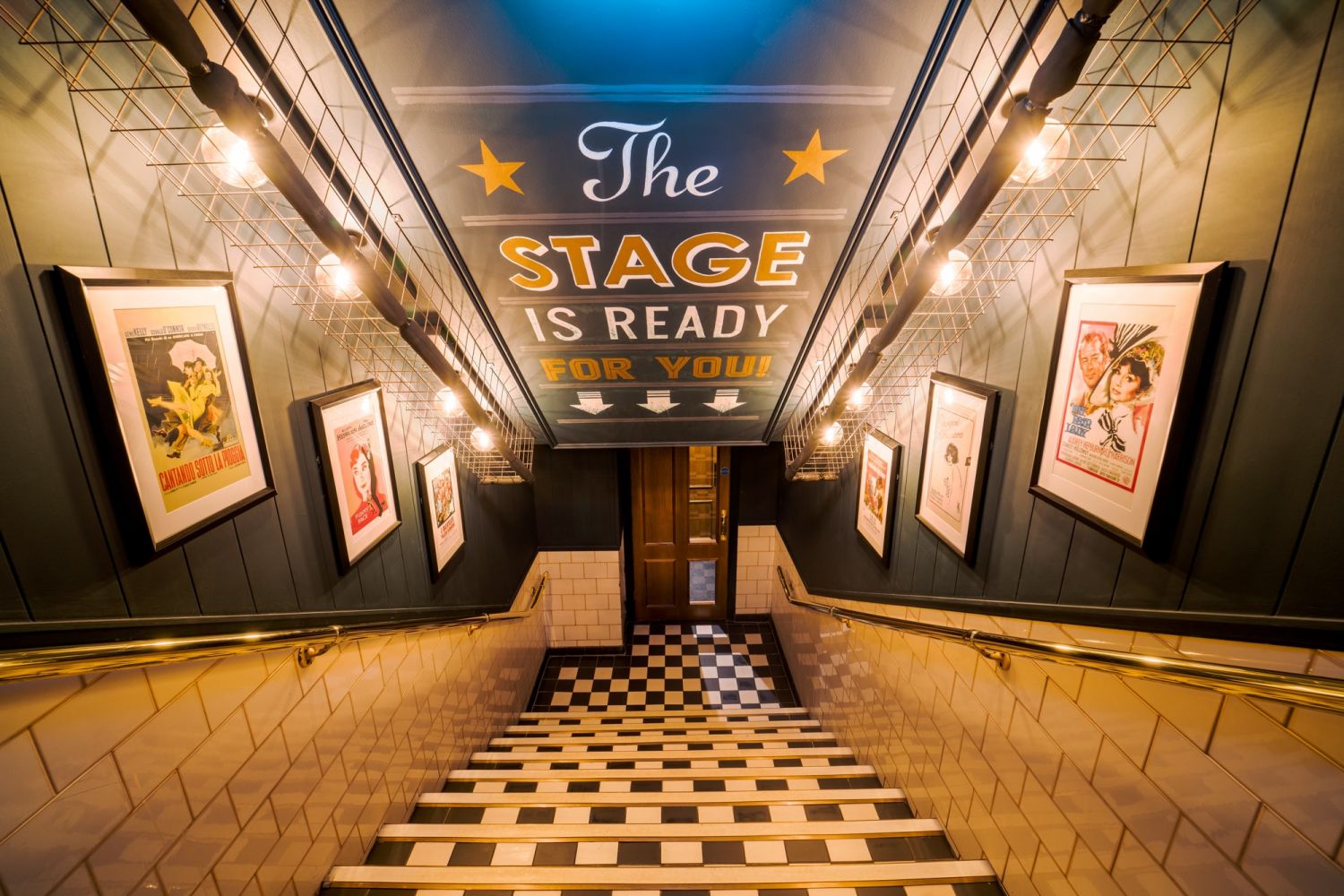 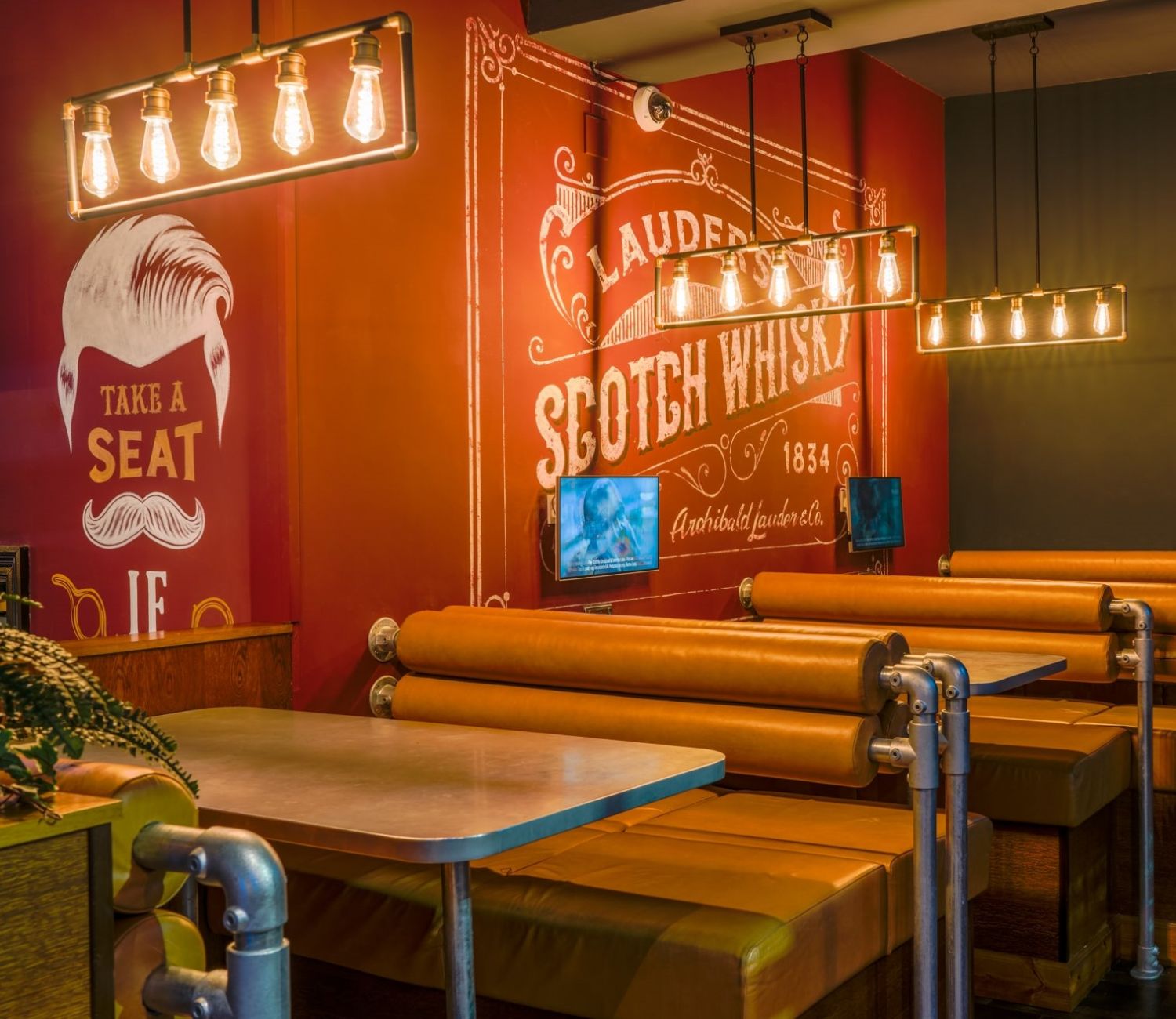 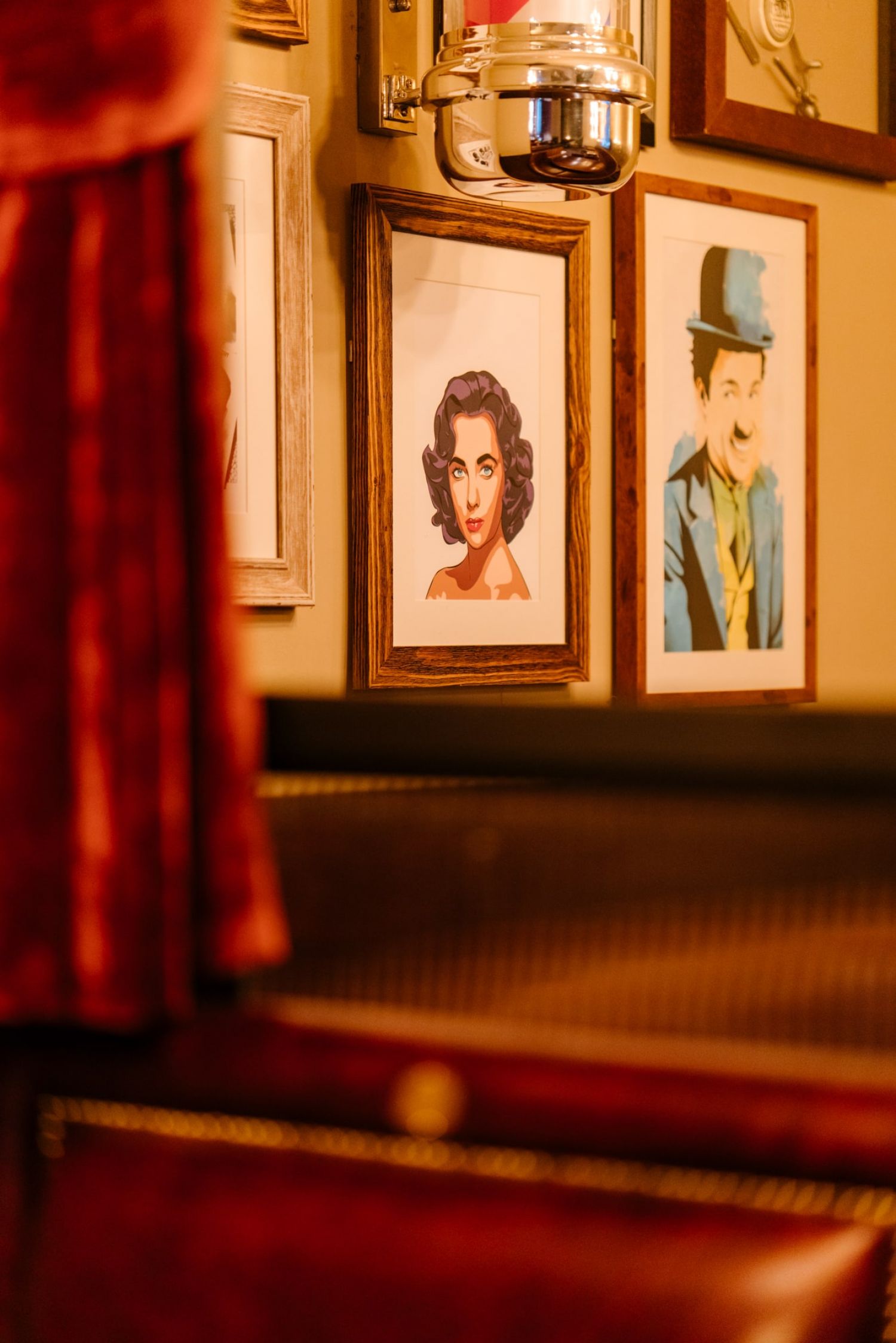 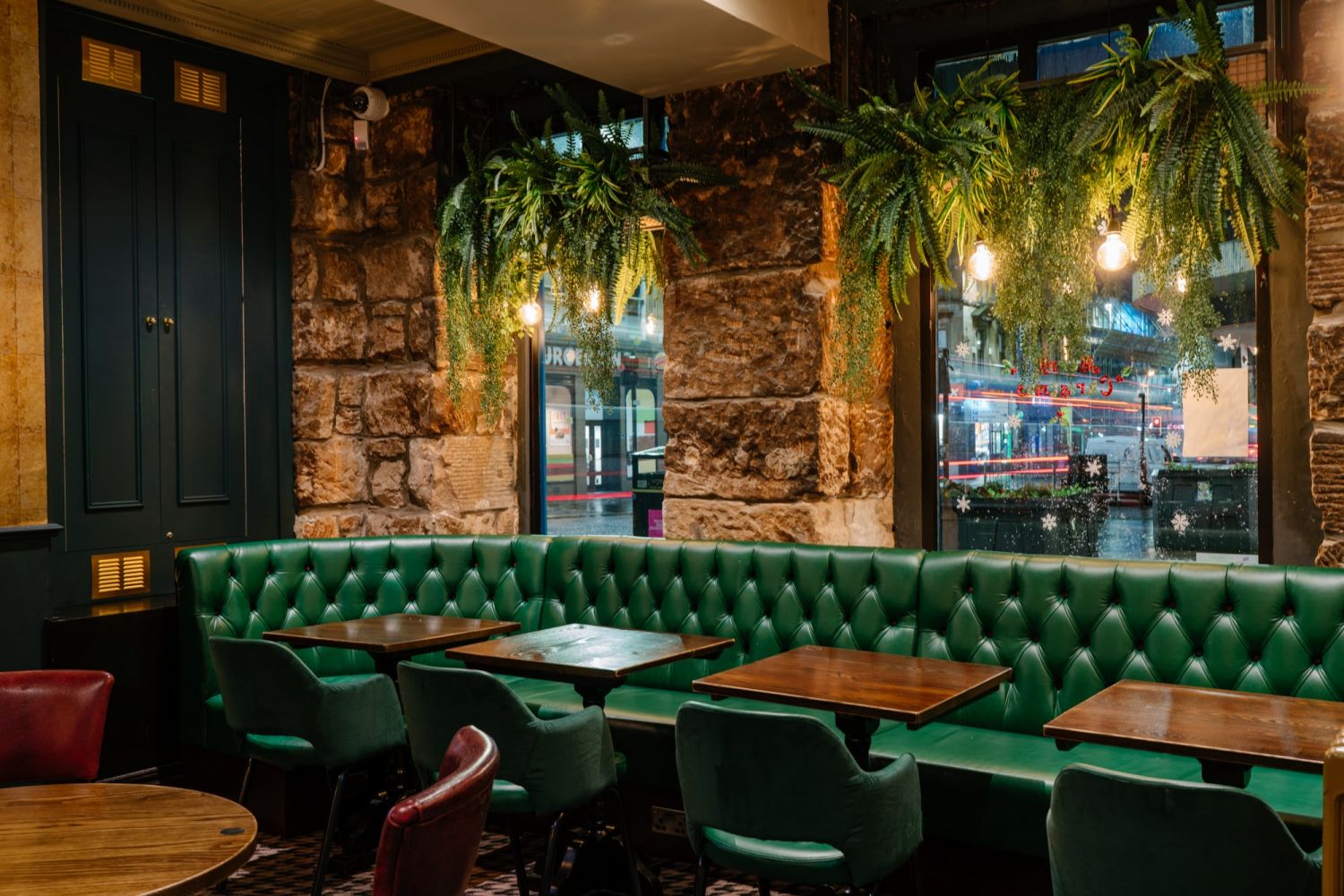 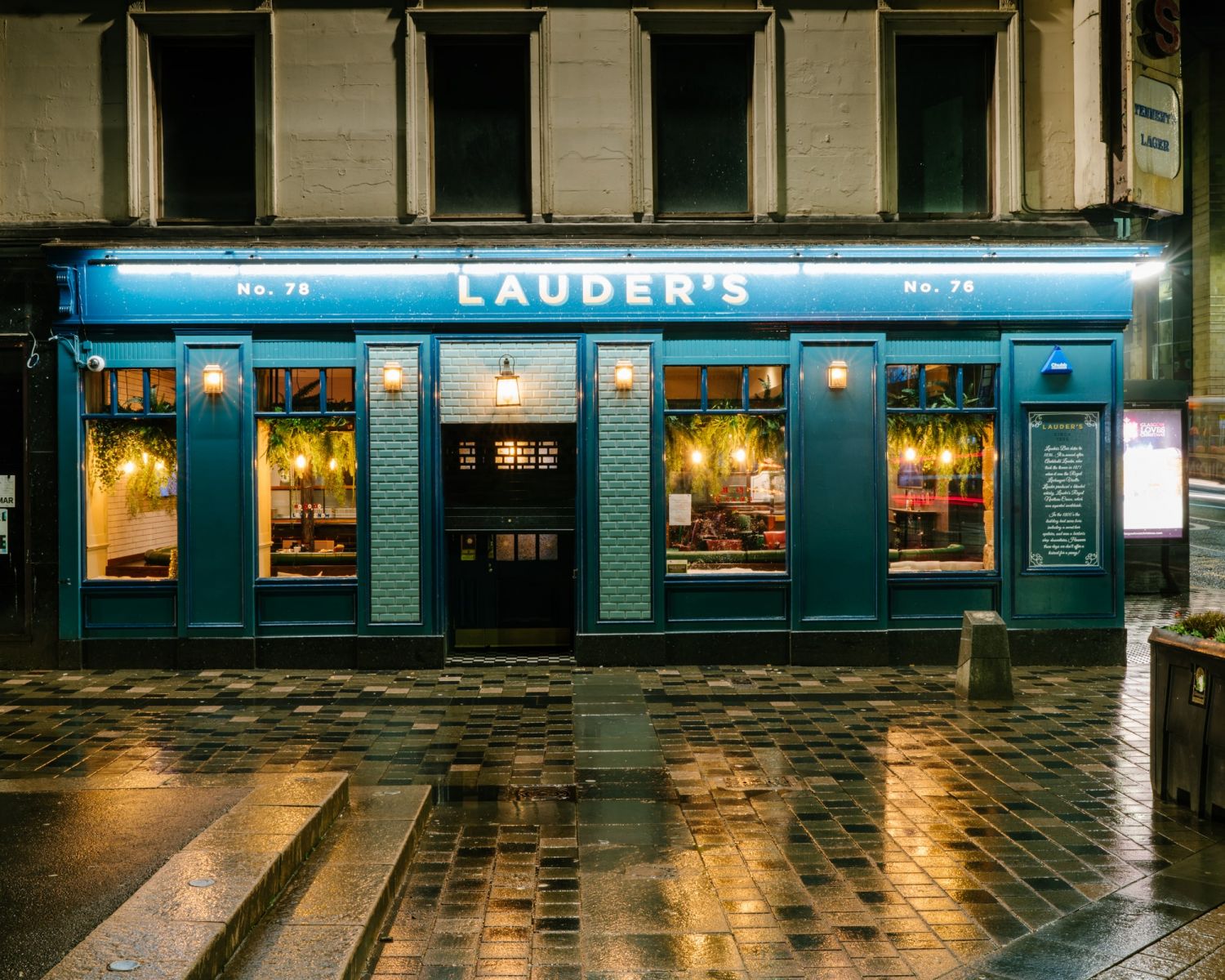 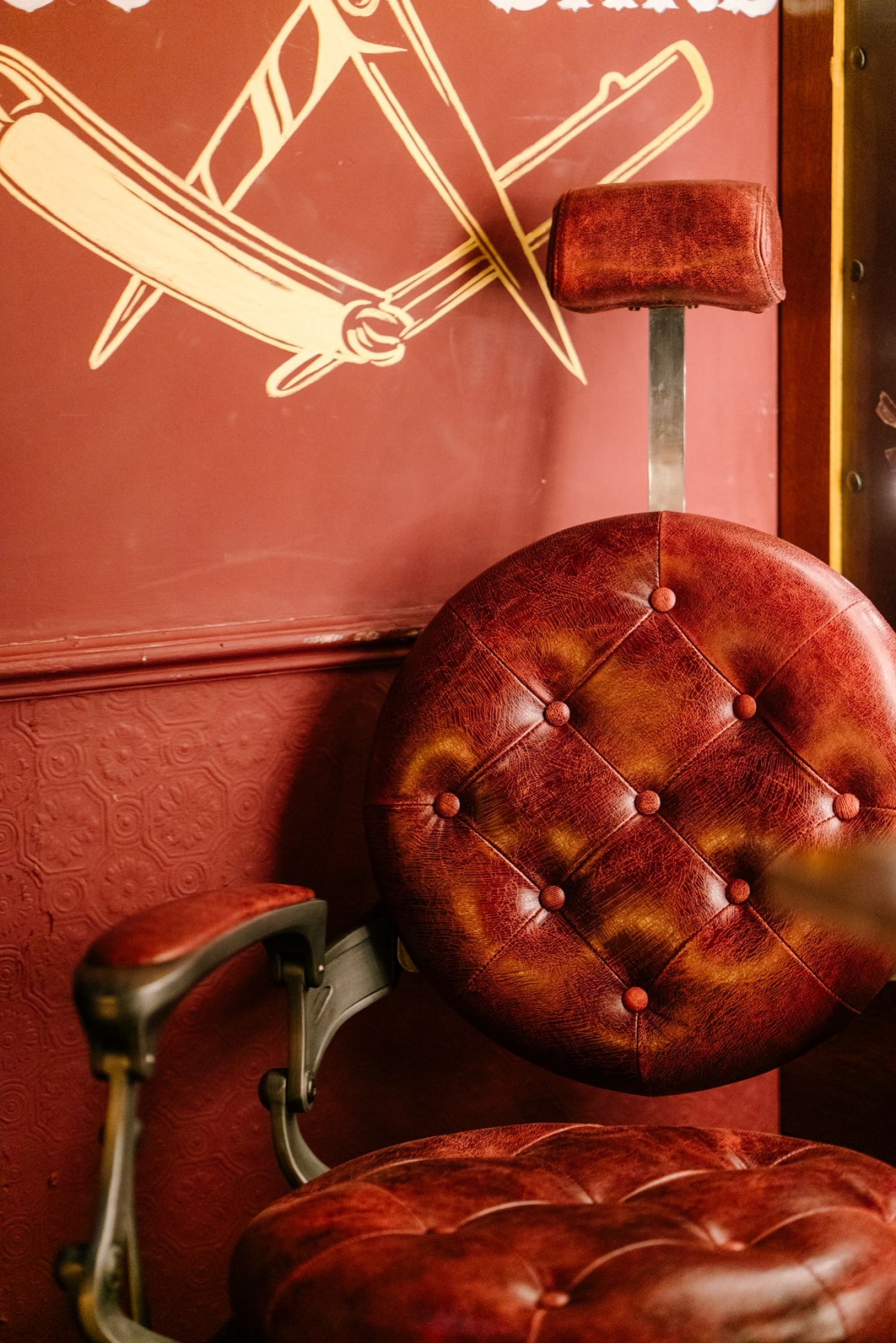