JMDA Celebrate a Decade of Design…

…Wow, where did that go? Unbelievably it’s now 10 years since our humble beginnings in Mr Morgan’s spare bedroom with fellow founding Director Mr Simon Tyas and, naturally, we felt the need to celebrate. But, being a design practise, we like to do things differently. 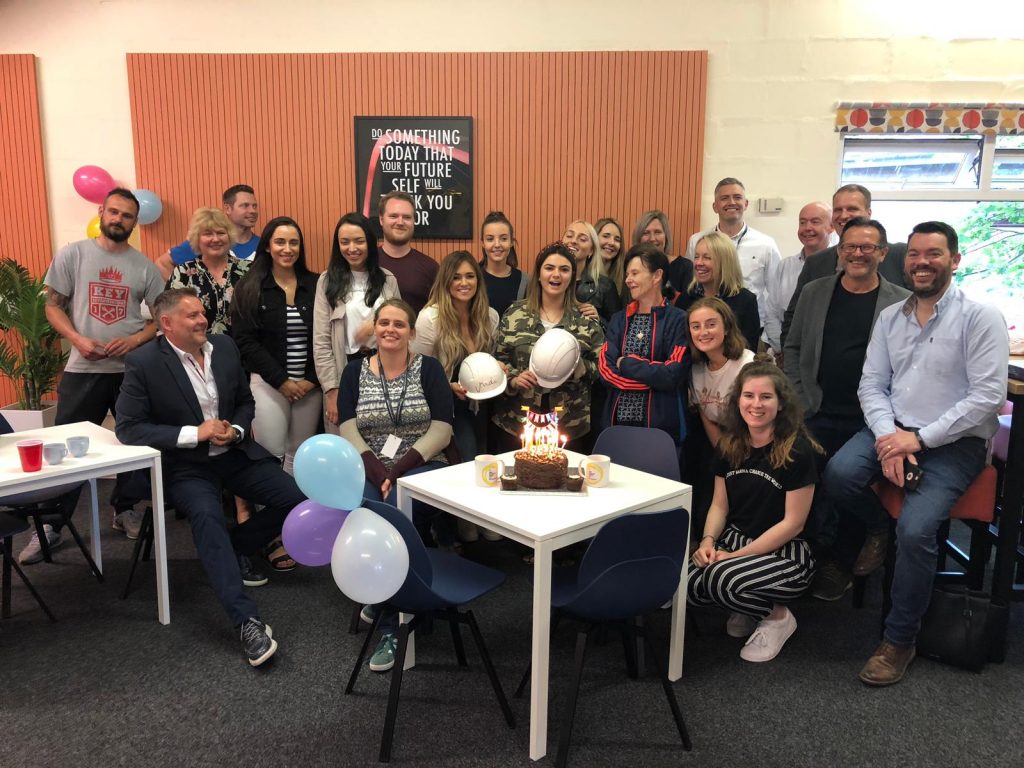 Our latest office opening in Newcastle was decided upon as the catalyst for celebrations. This had nothing to do with Newcastle’s reputation for cracking nightlife, you understand. Nothing whatsoever. It fell to our Marketing guru, Jess, to come up with something a bit off-the-wall as a basis (no pressure there then!). So, after a few sleepless nights and much head scratching Jess came up with the idea of using our skills to put something back into the local community. This evolved into a decision to both design & refurbish the communal areas of Gateshead’s Oasis Community Housing charity. Now all we had to do was come up with a cracking design and enlist several contractors and suppliers to give us their skills and stock for free.
As a bit of background, Oasis run the centre as a vital service primarily for the homeless to support them both generally and in times of crisis. As they say themselves ‘We exist to reignite a hope and a future for everyone facing homelessness. We believe in prevention and intervention. Our four cornerstones of support address both the immediate needs and root causes of homelessness.’

So, all in all, a very worthy cause indeed. If you’d like to know more about the charity, please click the image above!

Basis@Gateshead seen below, before JMDA and the team invaded! 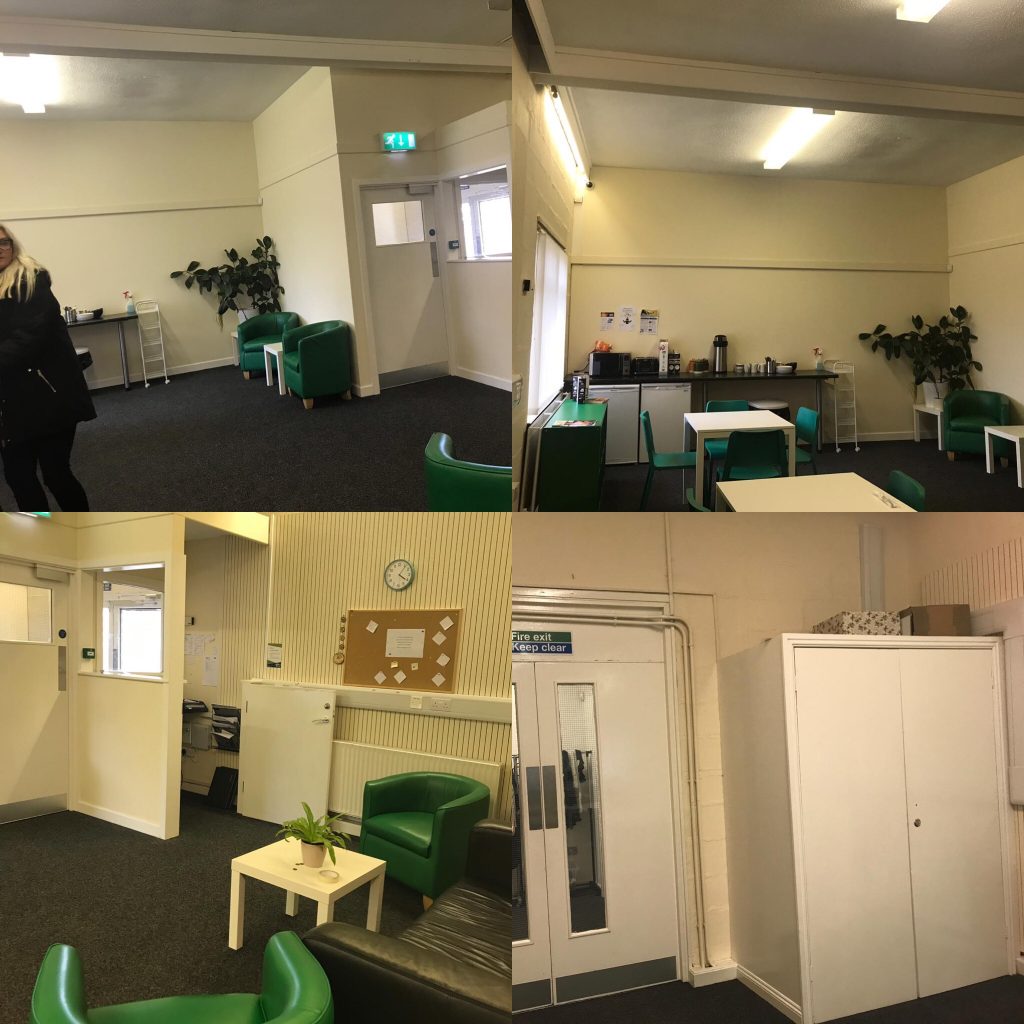 Long (quite tortuous) story short, Thursday 6th June saw several of our team head for Gateshead with enough paint, brushes and masking tape to redecorate St James’ Park. Twice. Well, we didn’t want to risk running out, did we! For some of the team it was the first time they’d held a paintbrush bigger than something you’d find in a ‘colouring by numbers’ set, so all credit to them. Parkside Architectural Tilers also converged on the centre giving up some free labour and the DIY skills of their Head Honcho Richard France to tile a full wall in the kitchen area and help us decorate. In truth, due to the fact that most designers aren’t good with ‘mornings’ the tiling was almost done by the time we rocked-up!
Whilst we decorated, Morgan signs very kindly beavered-away to install vibrant large-scale graphics and general directional signage which looked amazing.

By the evening of the 6th the two rooms in the centre were a definite contrast to the magnolia spaces we’d walked into that morning. Fresh Green and cheerful orange paint had been ‘skillfully’ applied in key locations and the rooms had started to have some life and warmth. Talking of warmth, the sun was shining, and by 6 bells, the Quayside was calling. And so, purely in the interest of research, a few of us sampled Newcastle’s bounteous hospitality. To coin a phrase….’be rude not to’.

The 7th June arrived with almost cloudless skies and only marginal hangovers as, for once, in consideration of the importance of the task ahead we’d been quite restrained in our beverage consumption (don’t faint!). Yesterday’s paint work was touched up and the Carlick Furniture lads began to install a multitude of new furniture. JFA’s top team (and Tracey) got busy putting up motivational pictures, notice boards and framing the centre’s own artwork produced by their clientele. 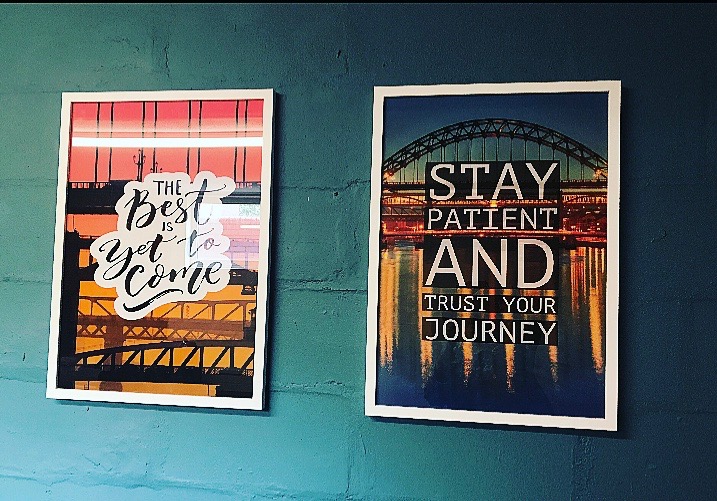 Their Graffiti artist Janoh went ‘above and beyond’, driving all the way from Northampton to the venue to work his spray can magic on two sets of cupboard doors which, when finished, rivalled Banksy’s best. He then drove home again. You can see the time-lapse vids on our Insta feed. The fantastic standard lamps supplied by Lightique were positioned to give some moody lighting to strategic areas. 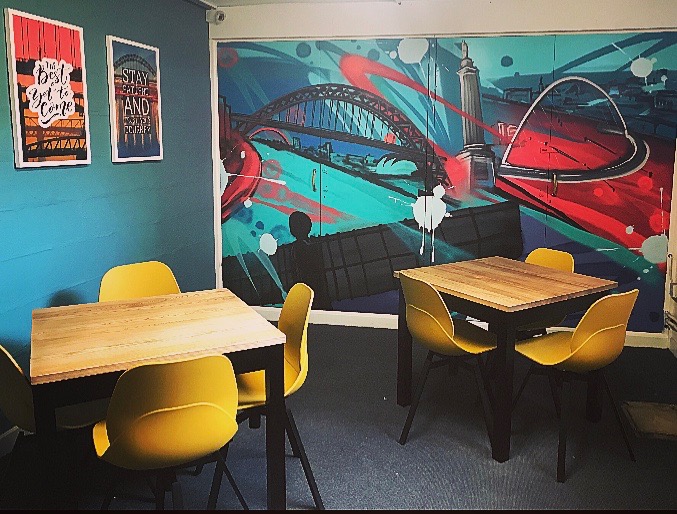 The remainder of our team joined us from the Leeds office around lunchtime to bask in the glory (no change there then) and enjoy joint celebrations with the Oasis staff and a few of their clientele. Their Chief Exec David Smith thanked all involved via a heartfelt speech, describing what the works meant to them and how the refurb would make their jobs and the lives of the clients just that little bit easier. Jonathon spoke to also praise the generosity of suppliers and contractors, wishing the centre all the best for a slightly brighter future. There was cake and pop and everything! 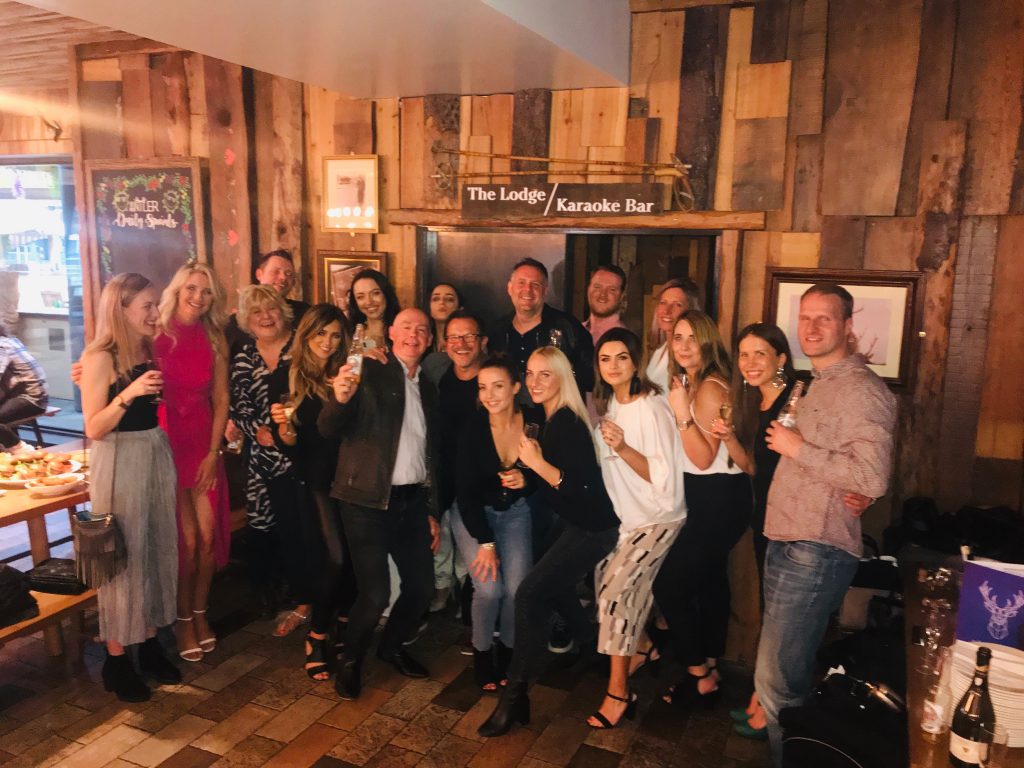 You’ll find it hard to believe that the evening saw the JMDA crew and the centre’s Relationship Manager Christine & colleague Holly embark upon a rather wild night in The Toon which involved……..well I’m sure you can imagine. But there was no pop or cake. As far as we can remember.
There’s no way we could have undertaken this without both the co-operation of Oasis Community Housing and the trust they showed in letting this strange bunch of creatives invade their ‘home’ and the fantastic generosity of Parkside Architectural tilers, Carlick Furniture, Morgan Signs, Lightique and last but definitely not least, JFA. We love you all!!!

There’s nothing more to say, really, except as we sail into the future with our fabulous and talented bunch of people………………..Here’s to the next 10!